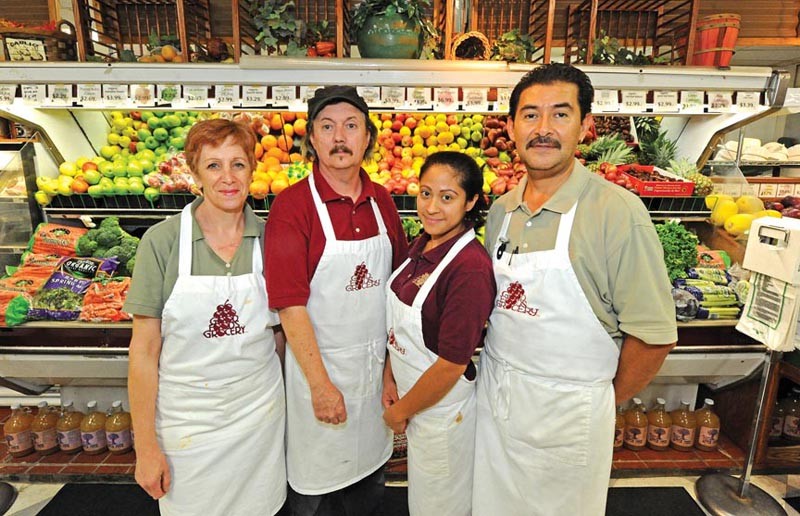 Vegetarian chef Michael King has returned to the kitchen, and his followers — including a legion of Facebook fans — are paying attention. The former owner of Grace Place, this city’s first vegetarian restaurant, also ran the Zen cafeteria Relish in Shockoe Bottom. Now he’s in charge of the newly invigorated Good to Go deli at Good Foods Grocery in the Gayton Crossing Shopping Center.

“Talk about somebody I’ve admired my whole life, it’s this man,” Good Foods owner Donnie Caffery says of his appreciation for King’s repertoire. “I think he’s the most loved man in Richmond — the way he conducts business, he’s just a gem. And his palate, the way he understands flavors. It takes a special person to understand the natural foods industry the way he does.”

At the grocery’s Stony Point location, more changes are in the works as it doubles in size and adds a kitchen and deli during the next several months. Caffery says it’s a project long in the works. “Being a store our size has started a revolution and it’s taken off even during all the economic mayhem. The natural foods industry has never stopped growing. What makes us thrive is that when people pay attention to their nutrition, their body will respond. Too often people pay more attention to their cars” than to their food intake, he says. “They almost shut off their brains to fuel up on fast food.”

Dinner on the farm: A new farm-to-table dinner series brings together a chef, a rural setting, a charitable mission, and a couple of food-advocate organizers who hope to share the wealth with an interested public. Gail Hobbs-Page of Caromont Farms and restaurant veteran Tracey Love are launching Hill & Holler next month. Its first event, billed as a soft opening, features chef Lee Gregory’s four-course dinner paired with wines from Blenheim Vineyards in a benefit for the University of Virginia Food Collaborative. It will be held at the vineyard Oct. 9 beginning with wine tours and appetizers at 3:30 p.m. Tickets are $75 per person by advance reservation at hill.holler@gmail.com.