A new lease on life for Byram's Lobster House. 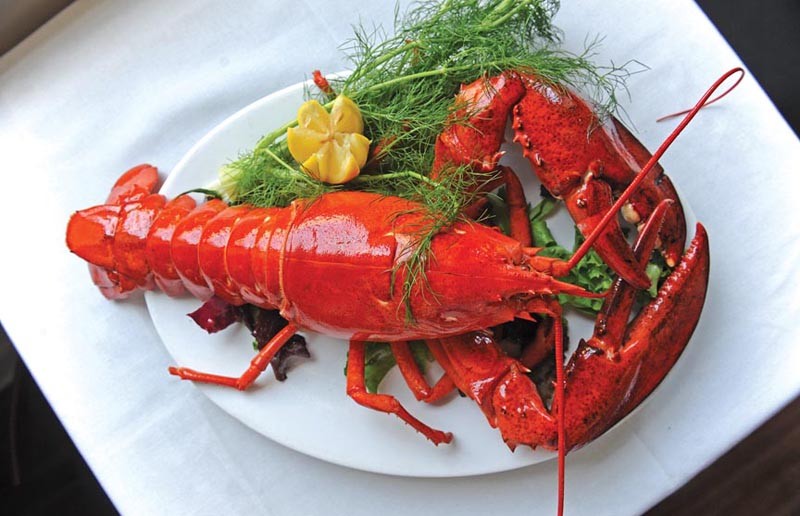 Jeff Kelso knew he wanted to return to the restaurant business, so when the retired computer consultant looked for the next chapter, he and his Romanian and Italian bride, Corina, went through a few possibilities. First he tried to buy the White Dog, and then Davis and Main, but both prospects got away. In June he negotiated a great deal on a nearly 70-year-old local landmark, Byram’s Lobster House, and reopened it two weeks ago.

The building at 3215 W. Broad St. has new paint, décor and kitchen equipment, a new staff and a significantly streamlined menu. Gone are the 90-plus items in the previous version. Chef Danny Klubowicz, a culinary grad with years of fine-dining and corporate experience, says he prefers a more focused approach: “I’d rather have 30 good items on there, and my biggest thing is being knowledgeable about what you sell. Where’s it from, what’s its growing style? If I can’t get it fresh I’m not using it.”

He’s doing northern Italian-style whole sea bass, gnocchi with red rock shrimp ($20), house-made soups and sauces, a lightly spiced lobster roll ($20 for dinner, $14 at lunch) and a seasonal lineup that “will never be frozen,” Kelso promises. “We’ve brought it back. I say it’s the new-old Byram’s,” where prom dates, rehearsal and business dinners called for Rat Pack music, a bar that seats only six, and white tablecloths. “We have a definite love for food here,” Kelso says, “and we have high standards that we plan to keep.”

Repairs to the blinking lobster sign out front are on the agenda, and Kelso hopes Richmonders with photos of their special-occasion dinners at Byram’s will add them to the collection on display. The restaurant serves lunch and dinner daily from 11:30 a.m. until 10 p.m. 355-9193. byrams.com.