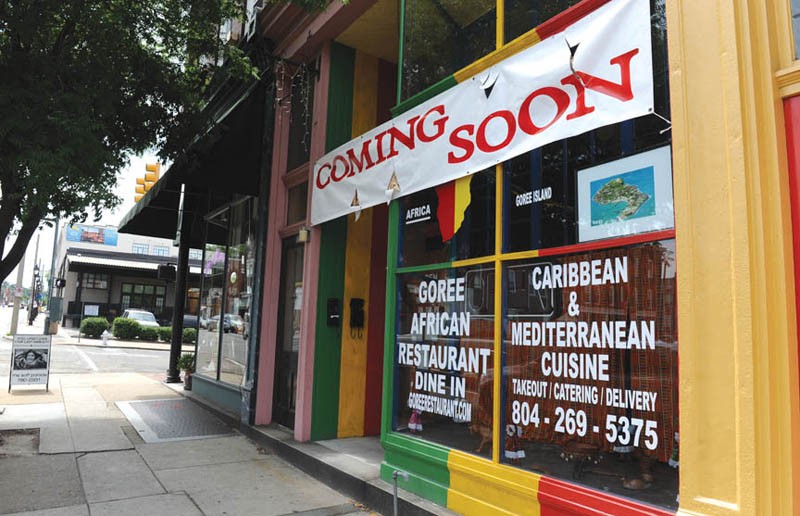 Last week we ran through a list of new restaurant openings, but there are more in the offing. Here are some to salivate or speculate over, with a few interesting additional announcements on the way:

Margarita’s Cantina: The painted logo and “opening soon” banners have been in place for a while, the cardboard cutout of some guy in the window, and a Mexican menu brings some competition to the neighborhood at the former Zuppa spot on 18th Street in Shockoe Bottom.

Shockoe Lounge & Grill: Replaces the former Down Under Lounge at 11 S. 12th St.

Pasture: Construction has resumed and is about 70 percent complete, says owner Ry Marchant (Six Burner) at this downtown restaurant in the former Montaldo’s building on East Grace Street. With chef Jason Alley designing the menu, this project has food watchers on high alert. An anticipated 12-week build-out puts the opening at October.

The Hard Shell at Bellgrade: “When you walk in, you’ll know where you are,” says owner Michelle Williams about the faithful duplication of the original Shockoe Slip seafood house coming to the former Bottega Bistro in Midlothian. A new wall of windows, murals and other details are coming together under partner Jared Golden’s supervision. A September opening is expected.

Cary Street Natural: This is the working name for the next project of Williams, Golden and the Richmond Restaurant Group, in the former Glass & Powder corner space at 2934 W. Cary St. Because it’s a total gut job, this business won’t hit the market until next spring, with a lunch, dinner and late-night menu that features healthy burgers and natural foods at lower prices. richmondrestaurantgroup.com.

Phil’s: A new version of the old Westhampton standby is coming to life in the former Arcade Café space next to Pearl’s Cupcake Shoppe, one block from the previous Phil’s. Owners Kyle and Katie Measell promised regulars they’d reopen nearby; this project is expected to open by mid-September at 5810 Grove Ave.

Former Phil’s: Likely to be called the Continental Lounge, this new Johnny Giavos project is just beginning construction at 5704 Grove Ave. The new business is expected to open by the end of the year.

The Halligan Bar: The beloved firefighter bar brings its second act to West Broad Village in Short Pump, and followers can expect more links in the chain. Larger quarters, a full-size fire truck and all the trimmings promise to make the Short Pump spot easier for families to pack in for the barbecue and comfort food in a memorable and lively setting. Opening early in 2012 at 2451 Old Brick Road, across from Dave & Buster’s.

Sedona Taphouse: An upscale venue for craft beer and live music is coming to Westchester Commons in Chesterfield County, expected to open this fall. VIP memberships, investment opportunities, tastings and seminars, and the lure of “Richmond’s first sophisticated craft beer house” with a 550-beer menu make this one of the more ambitious projects in that area. sedonataphouse.com.

Louisiana Flair: Closing at the end of July. Chef Nate Sams says he simply ran out of money and regulars when neighboring downtown businesses began to lay off workers. The business at 322 E. Grace will serve breakfast and lunch daily, except Saturday, for another couple of weeks.

The Triple at 3306 W. Broad St. posted a sign that it closed July 10. The restaurant with bar and pool tables was a nightlife fixture in the museum district for several years.