The partners behind Henrico's White Anchovie promise a different fish. 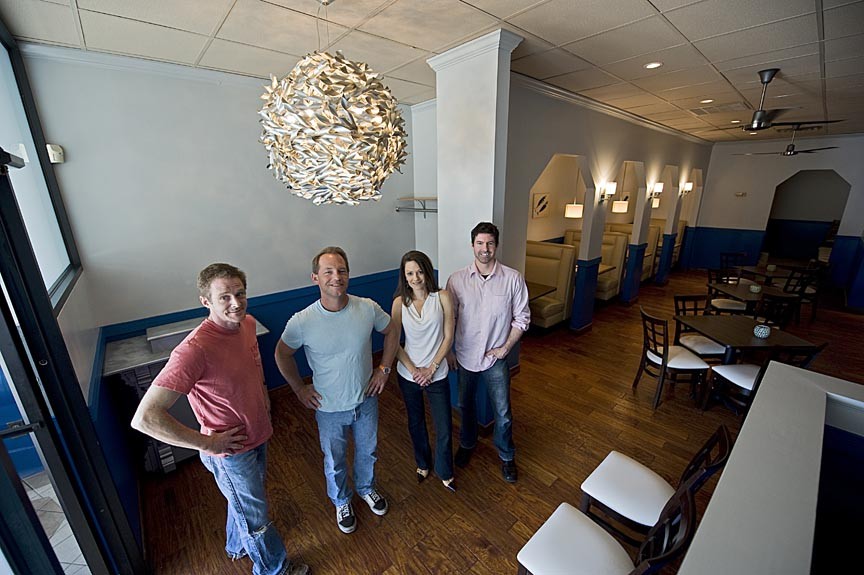 A Different Fish. Also, Pearl's Cupcakes is more open than ever, and new brunch hours at Pescados China Street

When chefs get excited about ingredients, you can expect a certain reverence for their finished dishes as well. It's a trait that binds chefs Todd Manley (Pescados) and Matthew Tlusty (the former Limani, Bookbinder's), making their launch this month of the White Anchovie a mutually appealing partnership. Tina Manley shares ownership of the restaurant at 3061 Lauderdale Drive.

The White Anchovie, in the former Seafire Grill in a shopping center with martial arts and dance classes, hopes to appeal to palate-stretching families, couples, and people who appreciate an independent restaurant with a Fan-type menu and ingredients. Expect fish, creatively prepared, along with pasta such as Sardinian lasagna with ground lamb, veal and pork layered on crepes, oxtail fettuccine, specialty pizzas and other fresh options for about $20.

Tlusty sees the partnership with Todd Manley as a natural. "We both have a good time in the kitchen," he says, "but business is business and you've got to do it right every time." They'll serve dinner Mondays through Saturdays and develop longer-range plans, including patio dining and a babysitter's club, while the business finds its neighborhood niche. 249-4515

Eight and counting: Julep's New Southern Cuisine hits the eight year mark in its historic Shockoe Bottom location this month, and celebrates with a spring wine dinner. Chef Branden Levine, fresh from an audition for reality-show favorite "Top Chef," is preparing five wine-matched courses, including crispy pork belly braised in molasses and bourbon and served with watermelon, a Southern starter for a filling evening. Reservations are required for the May 19 event starting with a reception at 6:30 p.m. and cost $75 per person. 1719 E. Franklin St. 377-3968. juleps.net. 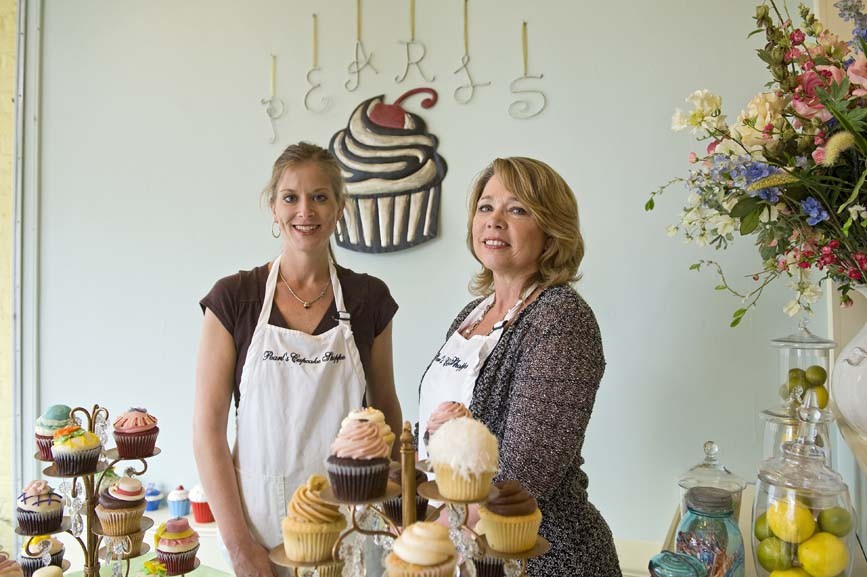 Pearl's wisdom: In case you missed the giant banner in front of Pearl's Cupcake Shoppe that reads, "We Are Baking For You," owners Laura Condrey and Laurie Blakey also are working social media outlets to reassure customers that their business at 5812 Grove Ave. is open and in expansion mode. (As we noted in a correction last week, Style Weekly erroneously reported that Pearl's had closed during a temporary renovation.)

"We've grown tremendously in our first year," Blakey says, and the staff has doubled to 14 employees. A new delivery truck, an iPad point-of-sale system, and a rollout of 40 new cupcake flavors are the results of a commitment to hard work shared by the former real estate colleagues.

Pearl's sells cakes, cookies, muffins and other items, but its cupcakes such as the Wilma Ray — named after a "classic Richmond beauty" and described as a "champagne batter cake frosted with an Italian champagne butter cream and topped with a real miniature rose" — and customer contest winners such as the Bill Porter deep-dish apple pie cupcake, that give the shop its character and committed following. Vegan, gluten-free and sugar-free cupcakes are available in the case and by custom order.

"We really have a great team," Condrey says, "and everybody loves what they do. We have a lot of fun doing it, and that's important." Particularly when they're baking daily, handling multiple wedding and corporate clients weekly, and tempting passersby with a case of changing options. "It's a single indulgence," Blakey says of the cupcake. "You walk in and you feel like the sky's the limit, that it's simply yours to pick an individual serving." 285-2253. pearlscupcakeshoppe.com.