Are you ready for conch fritters on the James? 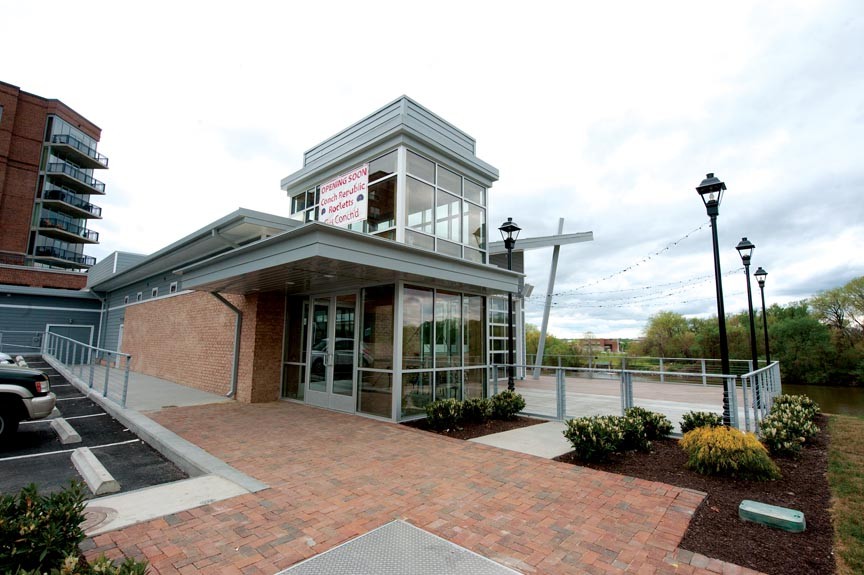 Best ways to arrive at Conch Republic Rocketts, now open on the James River at Rocketts Landing: by boat, moored in one of the adjacent slips, or by bicycle fresh off the Capital Trail. The deck-with-a-restaurant project of Key West-loving owner Bob Cox (Metro Grill, Curbside) doubles the number of dining options in that neighborhood. It's downriver from the Boathouse, aiming for a more casual crowd with a taste for sunsets and drinking.

Grits and grillades, coconut grouper, gator wraps, and naturally, conch fritters, are menu ballast, with nightly dinner and bar hours now, and by next month, lunch and brunch service. With a deck that holds 80 and an experienced operator doing his dream gig, expect this one to be a party scene. 226-6242.

Asian Galaxy: In a surprisingly complete redo of the former Planet Wings at 7048 Forest Hill Ave., this full-service restaurant sells sushi, Chinese, Thai and Japanese food for lunch and dinner daily. Wood walls accent a bar and casual dining room with televisions. An extensive menu, nearly all in the $10-$13 range, includes maki rolls, fried rice and noodles, teriyaki to bean curd and lo mein; the mango salad's a winner at $6.95. Lunch and dinner specials, desserts, friendly service and a quest to prove that independents beat chains. 323-8116.

The Roosevelt: Chef Lee Gregory (Six Burner) is the driving force behind a new Southern pub fare menu at this Church Hill project with co-owner Kendra Feather (Ipanema Cafe and Garnett's). The two have redesigned the former Que Pasa restaurant at 623 N. 25th St. "This restaurant will be a continuation of my interest in Southern food," Feather writes. "I'm very enamored with the Southern Foodways Alliance and with cooks like Edna Lewis. Lee is already a natural at this type of cuisine. Being a Carolina boy, he already knows Southern and low-country food by heart." Feather, who says she's "fallen madly for Eleanor Roosevelt," has been reading biographies and learning about the first lady's WPA food programs and other outreach. To reflect the public-house spirit, the Roosevelt will wear a '30s and '40s look with new chairs and lights, new paint and a good phone number: 300-3030. Watch for progress reports on Facebook and eventually at rooseveltrva.com. Expect a boatload of neighbors on opening night, delayed until July, when Feather hopes to "knock this one out of the ballpark for them. I want Church Hill to be proud to call us their neighborhood joint."

Zen Asian Bistro: In the Shoppes at Bellgrade, Zen Asian Bistro abruptly closed last week and informed customers that its owners are opening a new place, Sceneasia, at Hull Street and Courthouse Road in Midlothian later this month. A sign on the door says a new Chinese restaurant is coming to the former Zen space.

Last toast: The Lunch Porter, previously known as Savor, the cafe that's about to transform into Ejay Rin at 201 W. Seventh St., holds its final wine dinners April 22 and 23. Both begin at 6:30 p.m., cost $45 per person, and offer five Indonesian courses from chef Ellie Basch, paired with wines chosen by sommelier Carol Colby. This celebration of three years in business is by reservation at 527-2867.

More RRW: Aline Reitzer and team Richmond Restaurant Week are doubling their efforts; a second week of this event (three-course dinner for $25.11, with $2.11 going to Feed More) comes to 30 top-rated restaurants April 25- May 1. Details at richmondrestaurantweek.com.