Maurice Jones is out of Gov. Terry McAuliffe's cabinet to head LISC. 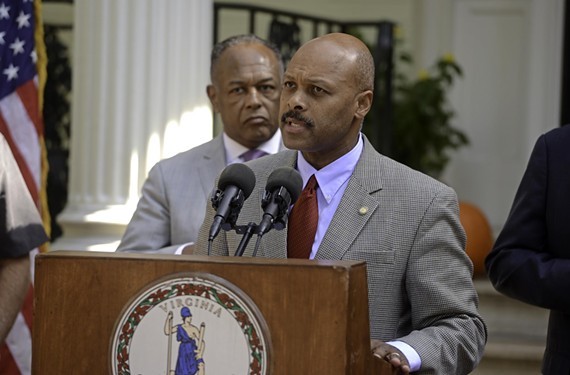 Virginia's secretary of commerce and trade, Maurice Jones, is out -- bound for a job as chief executive of the nonprofit Local Initiatives Support Corp., or LISC.

Jones is a native of Kenbridge who had a stint as deputy secretary of U.S. Housing and Urban Development after serving as president of Pilot Media, the parent of Style.

In its announcement today, LISC says:

Since its founding in 1980, LISC has invested more than $16 billion to help neighborhoods recover from what in many places has been decades of decline and abandonment. Working with community partners in 31 urban areas and across an expansive rural footprint, LISC invested $1.3 billion last year into building and preserving affordable housing as well as supporting a broad range of projects in health, safety and job-creation to revitalize neighborhoods.

Former U.S. Treasury Secretary Robert Rubin, who is LISC’s longtime board chair, said Jones’ experience working in federal and state government as well as in the private sector align with the group's mission to rebuild America’s disinvested communities.

“Maurice is highly experienced as a manager and in addressing the challenges of community development,” Rubin said. “He is also a policy expert with a strong strategic mindset, and has been a business builder. He understands the myriad difficulties facing low-income families. The board is excited to have such a compelling and talented leader.”

A year into Jones' term, Style spoke with him about the economic challenges facing Virginia.

“Secretary Jones took on one of the toughest jobs in my Cabinet, and he has served our citizens well in the face of significant challenges from federal budget cuts and the threat of sequestration. He has been a strong partner as we worked together to build a new Virginia economy that is diverse and capable of withstanding future fiscal and political headwinds, and I will miss his thoughtful and strategic approach to economic development and work-force policy."