Will He or Won’t He? Levar Stoney Is Holding Out on a Potential Mayor Bid 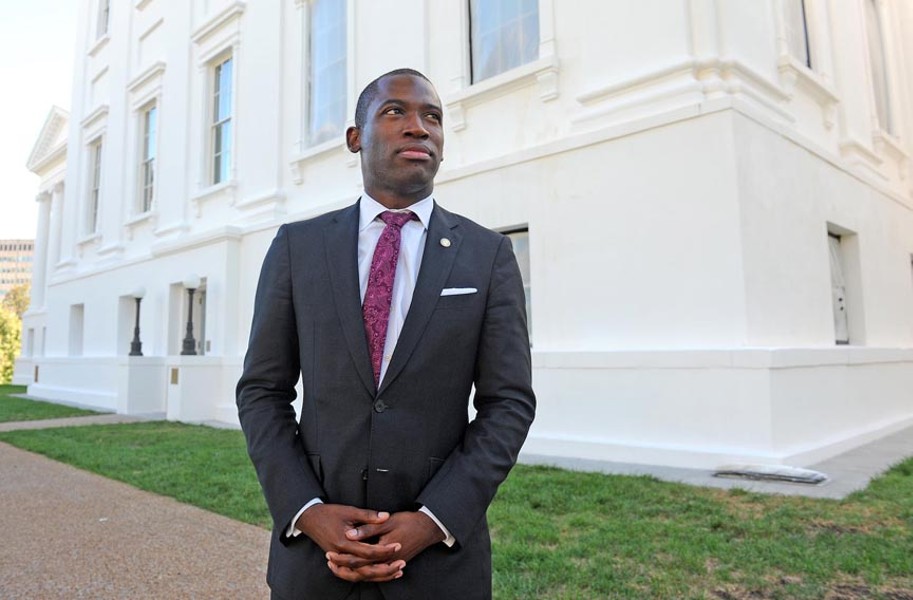 Scott Elmquist Waiting game: The secretary of the commonwealth may decide this month.

The most widely discussed Richmond mayoral candidate who has yet to join the race says he will “give some indication” about his intentions by the end of April.

Levar Stoney, a longtime aide to Gov. Terry McAuliffe, says that he’s remained tightlipped because of his state government post. “I am currently paid by taxpayers,” he says, “and I believe that they are owed a full-time secretary of the commonwealth.”

Political analyst Bob Holsworth says that Stoney could be waiting to announce until after a reconvened session of the General Assembly on April 20. The regular legislative session officially ended March 12.

Wilder told the audience that Stoney declined an invitation by saying that “he didn’t feel that it was the right time to publicly announce that he was running for mayor.”

In an editorial published by The Richmond Times-Dispatch, Wilder didn’t refer to Stoney by name but said that McAuliffe had voiced his support for a run by “one of his people,” and has hinted that Stoney should resign because of a conflict of interest.

“We wouldn’t want it to appear that if one supports the governor’s candidate for mayor — with money or with votes — that supporter will get appointed or reappointed to a state position or board,” Wilder wrote.

Editor's Note: This story incorrectly quotes the former Gov. L. Douglas Wilder as referring to Secretary of the Commonwealth Levar Stoney as "the man from Boston." We apologize for the error.