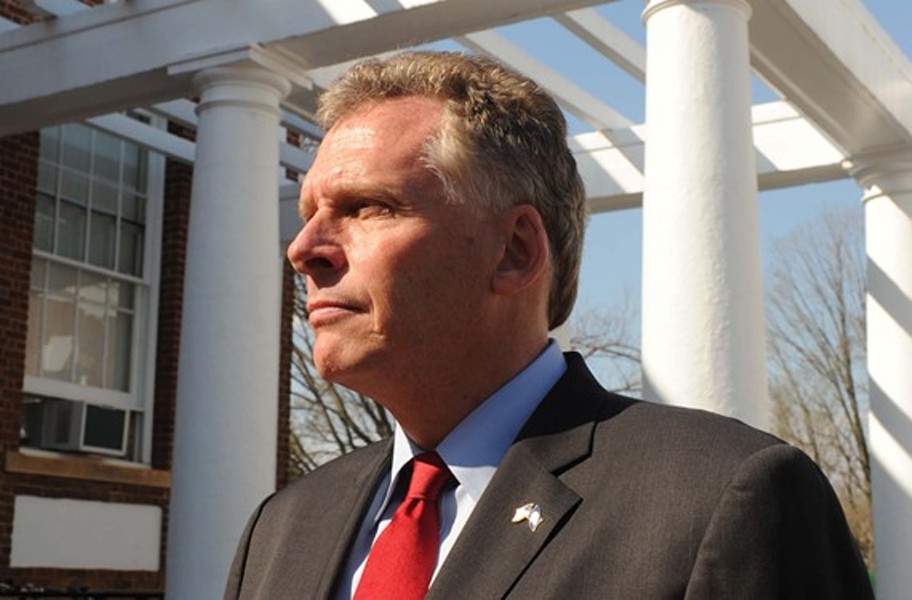 Scott Elmquist Gov. Terry McAuliffe says that the city can't afford to lose the Flying Squirrels. He says that a deal should be made to give the team a new stadium.

The Richmond Flying Squirrels praised Gov. Terry McAuliffe’s call for city and team officials to put their heads together to find a way to give the team a new ballpark.

During his monthly "Ask the Governor" call-in show, which aired this morning on the Virginia News Network, the governor said that the city should heed warnings from the Squirrels that they will nest elsewhere without a new stadium.

“The Richmond Flying Squirrels welcome Gov. Terry McAuliffe’s enthusiastic support for keeping the team in Richmond in a new stadium,” the Squirrels said in a statement issued this afternoon. “The governor has been a great fan and we love seeing him around the ballpark.”

During a recent annual fundraising event for Flying Squirrel nonprofit initiatives, Pat O’Conner, president and chief executive of Minor League Baseball, said that the team may leave Richmond if a deal on a new stadium isn’t made. The Braves left Richmond in 2008 after demands for a new stadium weren’t met.

“Stop the rhetoric, stop the finger-pointing and come up with a plan to build a new ballpark,” O’Conner said. “They [the city] lost baseball once already.”

McAuliffe said that he'd be willing to bring the city and team officials together for a sit-down at the Executive Mansion to hash things out.

"They could not make this any clearer. We cannot lose the Squirrels," the governor said. "We're Richmond. Are you kidding me? How do you lose a ball team? Is that a good message?"

Even if discussions get underway, the team is up against a ticking clock on a lease at The Diamond, which ends in 2017. And with the city beginning its first steps toward developing the Boulevard, it remains unclear whether the Squirrels will stay there.

The city is holding a series of public meetings to determine the best use for 60 acres of city-owned real estate, on which The Diamond sits. After public feedback and a study, the city plans to solicit developer proposals.