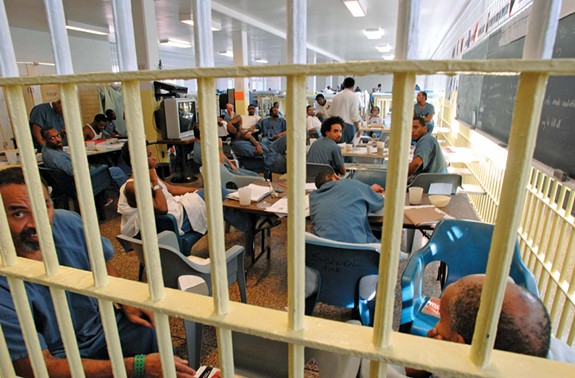 The city has agreed to pay $2.99 million to settle a lawsuit filed by a former inmate who suffered a heat stroke in 2012 in the old city jail’s medical tier, where temperatures were recorded at 108 degrees last summer.

It’s the largest civil rights injury settlement in the state’s history, says Jonathan Halperin, whose law office handled the case. The $2.99 million figure doesn’t include settlement funds being paid by Sheriff C.T. Woody and a medical contractor employed by his department.

According to Halperin, Woody and the contractor requested that the terms of their settlement remain confidential. Style has filed a Freedom of Information Act request with Woody’s office seeking the terms of his settlement.

The incident took place during a heat spell in June 2012, when inmate Stefan Woodson told sheriff’s deputies that he wasn’t feeling well. They gave him two Styrofoam cups of water, according to his suit, which says he was provided no other care and dragged his mattress out of his cell to sleep in front of a large barrel fan.

After suffering a heat stroke, he was taken to Virginia Commonwealth University’s Medical Center. The emergency left him wheelchair-bound and with “severe cognitive deficits,” according to Halperin, who says Woodson now requires 24-hour medical supervision.

Woody implemented cooling measures in the jail after his 2005 election, according to an order filed by Senior U.S. District Judge Robert E. Payne. Among those measures, the office opened windows, placed fans in the housing tiers and gave inmates cold water and flavored ice in plastic bags.

The poor conditions in the old city jail were the subject of frequent inmate lawsuits, a point that Payne makes in two orders he filed in the case. Mayor Dwight Jones frequently referred to the jail’s conditions as inhumane.

Late last year the city opened its new jail, which is air-conditioned.

The Sheriff’s Office didn’t immediately respond to a request for comment on the settlement.

“It’s just tragic, but that era’s over,” Halperin says.