Two protesters hung from a bridge with a banner. Police forcibly removed nine others blocking a street. 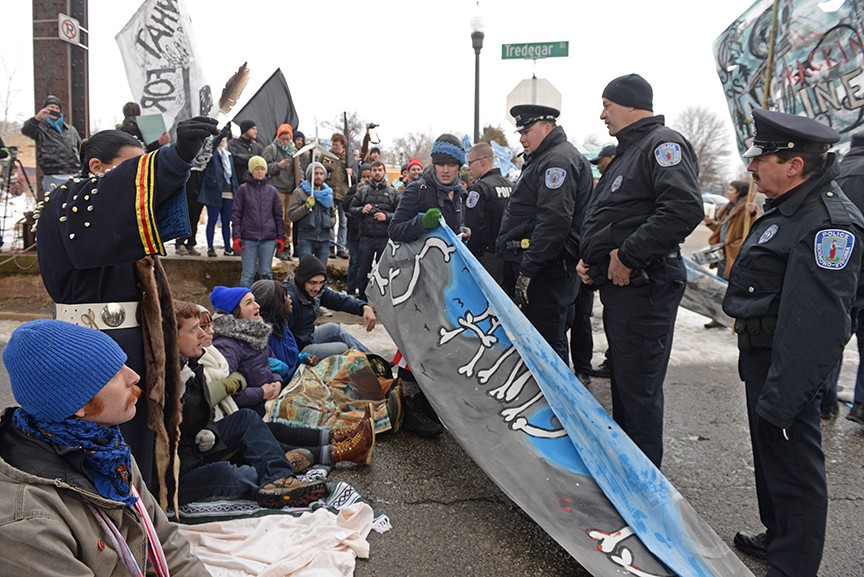 A man in a white SUV pulls up to a police officer. “Sir,” he says to the officer, “I need to get in that building. I’ve got an 8:30 phone call to buy aviation fuel.”

About 40 protesters from across the state blocked access to Dominion Resources’ riverfront headquarters on Tredegar Street this morning from 7 to about 9, when police forcibly cleared the roadway. They issued nine summonses and made one arrest.

Dominion employees, like the man in the SUV, were forced to park elsewhere and walk to work through the gauntlet of protesters, who engaged in a generally friendly lobbying effort while they passed. “Excuse me, please invest in solar,” one protester asked two men in suits.

Dominion’s corporate headquarters is a semi-regular target for protesters concerned about climate change, and more recently, the proposed 550-mile Atlantic Coast Pipeline through Virginia. But while previous events have been sparsely attended, Monday morning’s demonstration stood out as particularly intense and confrontational.

Lauren Chartuk, a media liaison for the protesters, said they want Dominion to drop plans for the pipeline, which would carry fracked gas from West Virginia to the coast, and invest more in solar, wind and other renewable energy resources.

Chartuk says protesters decided to shut down the street because other attempts to raise awareness have had no impact. “Personally, I’ve gone through other avenues of lobbying and none are working,” Chartuk says. “And I personally feel driven to take it to this level.”

Unclear how or if the RPD will attempt to remove this pair. But they say they're not coming down quietly. pic.twitter.com/RUOuPjmJtz

To that end, protesters waved banners and chanted, “No oil, no gas, none shall pass,” while they blocked the street. An Uncle Sam-type character on stilts waved a flag next to a large puppet of a sad-looking man wearing a Dominion hat.

A pair of protesters, Phil Cunningham and Whitney Whiting, both of Richmond, suspended themselves with a banner over Tredegar Street from the Belle Isle pedestrian bridge. Police shut down the area around the bridge, declaring it a crime scene and excluding media and protesters but allowing Dominion employees and joggers to pass. After about two and a half hours and following talks with police, Whiting and Cunningham rolled up their banner and left.

A police spokesman declined to say how many officers responded to the protest, but more than 30 police vehicles were on the scene, including the department’s mounted unit. Most of the protesters cleared the street when police asked. Those who didn’t were ticketed and released to rejoin the group.

A Dominion spokesman didn’t immediately respond to a request for comment. Late last year, Dominion told Style that its proposed pipeline will offer a cleaner, cheaper alternative to coal and give Virginia “direct access to the most affordable natural gas supply in the United States.” 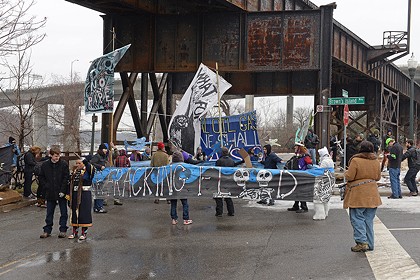 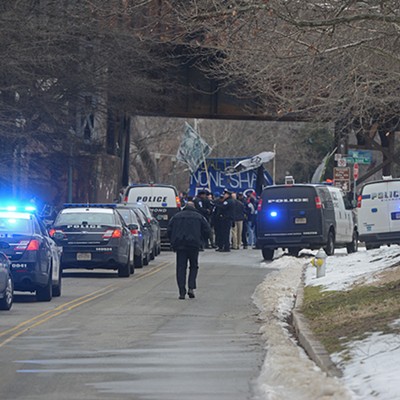 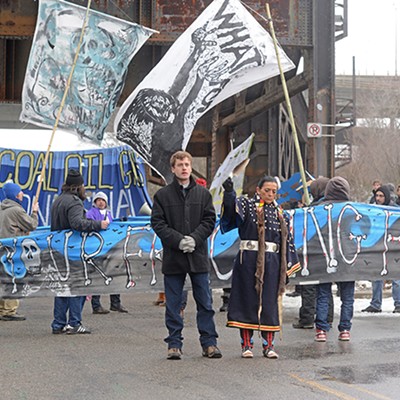 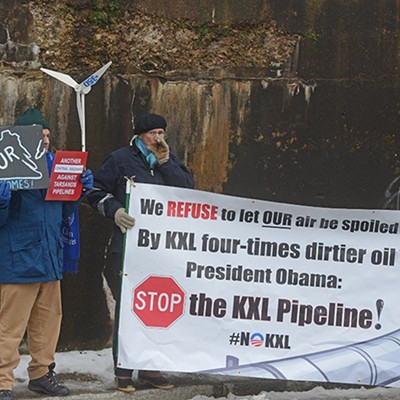 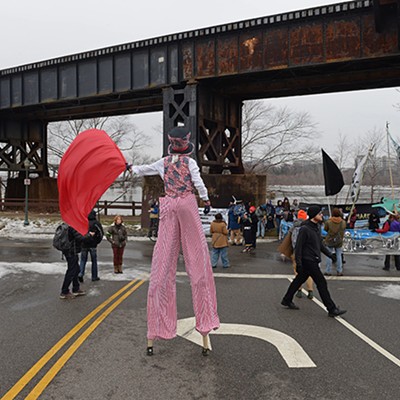 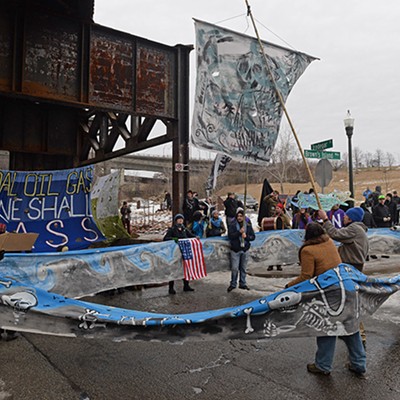 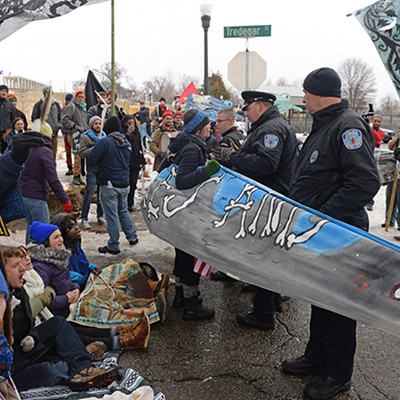 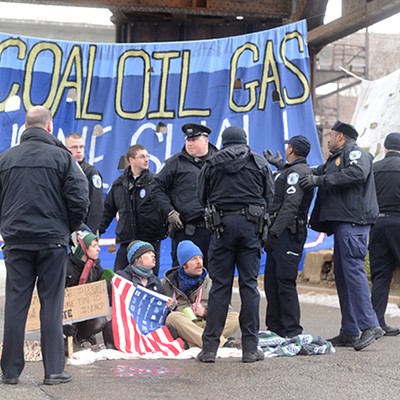 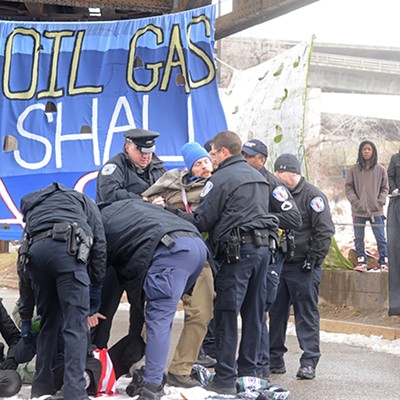 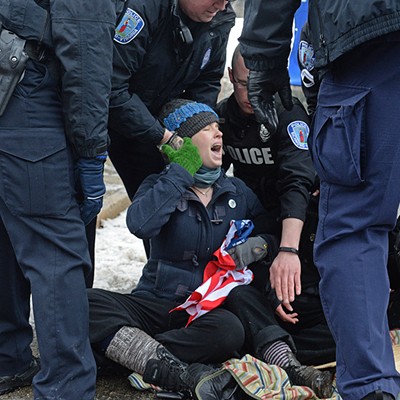