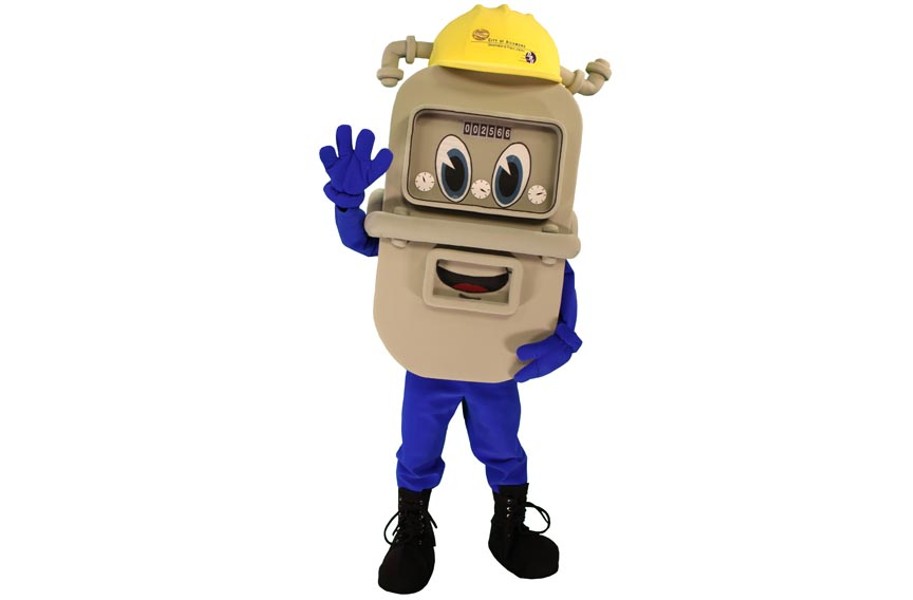 Utility Buddy, a gas meter sometimes mistaken for a cellphone or a robot, is the mascot of the Richmond Department of Public Utilities.

He appears at elementary schools and in television commercials — a happy guy who can’t talk but nonetheless is tasked with informing the public about natural gas safety.

Upbeat and educational as he may be, Utility Buddy’s days as a mascot could very well be numbered. The city department that birthed him in the 2000s is soliciting proposals for a new marketing campaign — and there’s no guarantee Utility Buddy will make the cut.

“People within the department are divided into two camps about whether or not he should live or die,” says one department employee, speaking on the condition of anonymity. “The re-branding could or could not lead to his demise.”

The department has budgeted $450,000 to market and advertise the city’s gas utility. According to the request for proposals, the city considers it important to advertise gas because it competes with electricity and other energy options.

Elsewhere, opinions are mixed when it comes to the giant gas meter.

Heather Price is a local actress regularly hired by the department to wear the Utility Buddy costume at community events. She says the mascot’s primary asset is his personality.

“Utility Buddy loves everybody,” she says. “He high-fives grandmas, grandpas and everybody. He acts a little differently with teenagers. He’s cool with them. And anytime there’s music, he’s dancing.”

But Price acknowledges that the character comes with some pitfalls. For one, he seems to invite hugs, but his boxy shape and hard edges make any embrace relatively uncomfortable.

Then there’s the trouble that comes from using an inanimate object as a mascot: “He doesn’t talk,” Price says. “He doesn’t say anything. He’s cute, but people look at him and can’t figure out what he is. I figure if you don’t know what he is, he isn’t a good marketing campaign.”

Dave Saunders, chief executive of local advertising firm Madison and Main, notes that for years government entities have attempted to replicate the success of the National Forest Service’s Smokey the Bear. None has been as successful, he says.

“It’s sad,” Saunders says. “He’s dancing by himself. I think Utility Buddy could go away and no one would notice.”