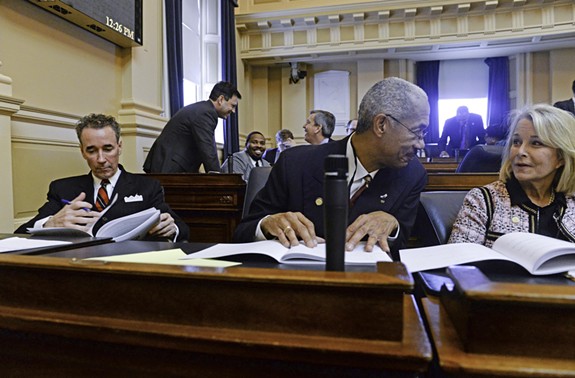 Del. Joe Morrissey, reelected while serving a six-month jail sentence for contributing to the delinquency of a minor, caught the Capitol press corps' attention today when he voted against a measure that would bar inmates from possessing pornography behind bars.

The bill passed by a broad majority and its sponsor said the state's wardens support the measure so that they can keep "hard-core" pornography out of the hands of inmates.

But Morrissey told reporters that the measure won't survive legal challenges and noted that he is a former constitutional law professor.

Morrissey spends his nights in jail but is released during the day to serve in the state legislature.