After spurning Richmond, the NASCAR Hall of Fame crashes in Charlotte. 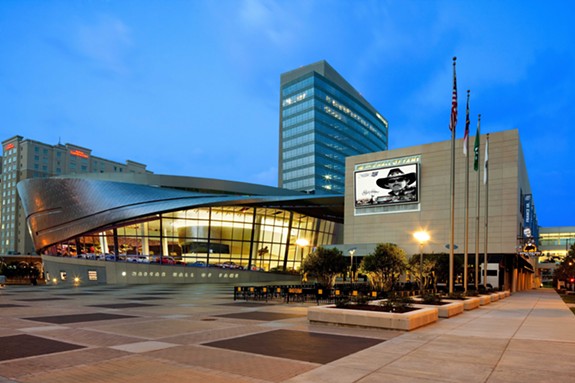 Ten years ago, Richmond was one of five cities in the running to become the home of the NASCAR Hall of Fame. Local officials badly wanted the racing development, making an elaborate pitch that involved four helicopters full of racing bigwigs touring possible sites across the area.

“The NASCAR Hall of Fame truly has the capacity to become an economic engine for the region,” Joshua Lief, the executive director of the group formed to promote Richmond’s bid, wrote in an op-ed at the time.

Richmond lost out to Charlotte, though not for lack of trying. When officials announced that Richmond was eliminated as a contender, they didn’t give much of a reason.

Nine years later, it looks more like Richmond dodged a bullet than missed out on an opportunity.

The project looked golden at the time, but NASCAR’s popularity has plummeted. Organizers of the Hall of Fame said it would draw between 400,000 and 700,000 visitors annually. But only about 170,000 visitors are making the stop.

The project lost more than $1 million a year, and last night, Charlotte City Council voted to write off more than $22 million in debt that city and local banks took on to finance the project.

Despite the downturn, the chief executive of the Charlotte Regional Visitors Authority insists that “the Hall is doing well.”