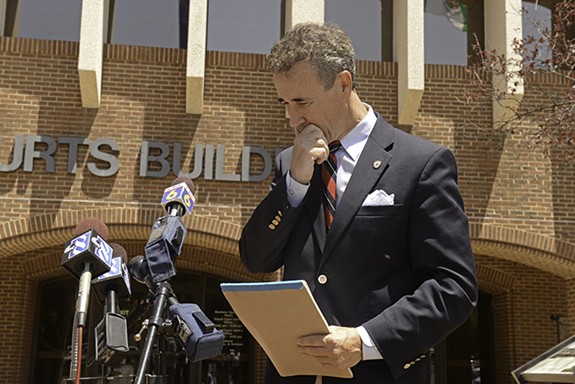 Joe Morrissey could find out whether he’ll win reelection tonight from behind bars at Henrico County Jail East.

“There’s a TV in the cell block,” Henrico Sheriff Mike Wade says. “He has access to a phone, so he could also call” to find out the results.

Morrissey, who campaigned on work release while serving a six-month sentence, is due back in jail by 8 p.m., Wade says.

That’s a half-hour extension beyond his usual curfew of 7:30. But depending on how tight the race is, it might not be enough time for him to find out whether he’ll get to keep his seat in the House of Delegates.

Polls close at 7, and typically election results start flowing in around 7:30, though it often takes more than an hour for enough precincts to report results to call the race.

Last month, Morrissey entered an Alford plea to a misdemeanor charge of contributing to the delinquency of a minor in connection with an alleged relationship with his then-17-year-old receptionist. The two have denied any sexual relationship.

Morrissey resigned under pressure from his colleagues, who threatened to expel him. But he immediately announced his run in today’s special election to replace him.

Sheriff Wade says he’s given Morrissey permission to campaign in person at three polling places across the district. Morrissey is being tracked by an ankle bracelet but also is texting the sheriff directly with updates on his location, Wade says.