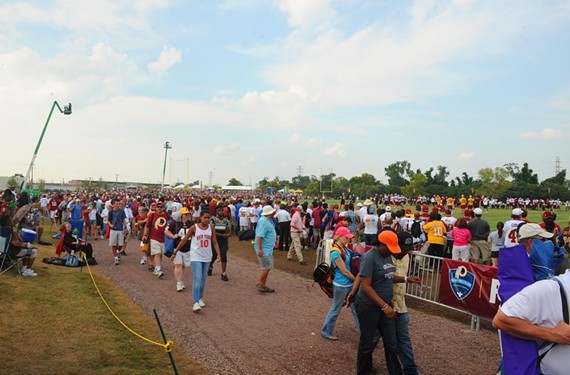 The city’s economic development authority still hasn’t figured out how or if it will come up with the $550,000 payment it’s promised the Redskins to compensate them for practicing in Richmond over the summer.

The Times-Dispatch reports the authority’s director said he had “nothing to report” on the financial discussions, though the city’s contract with the team calls for a meeting on the issue “no later” than Dec. 1.

Style reported in October that the training camp, which the authority built for the team using a $10 million loan from the city, has struggled to meet revenue projections.

The authority has failed to come up with projected sponsorships and struggled to lease office space at the facility.

The authority was scheduled to make a $1.9 million payment to the city on that loan this year. That hasn’t happened. Board members said at the time they still needed to discuss how and when they’ll begin repaying the city.

Complicating matters, sponsorship money from Bon Secours that was set to go toward repaying the loan could end up being transferred to the Redskins to cover the $550,000 payment they’re due, authority members said.

Redskins President Bruce Allen is scheduled to talk to the media on Wednesday.