Henrico Sheriff Mike Wade answered nearly every conceivable question the public might have this morning about Joe Morrissey’s stay in jail. The state delegate is serving a six-month sentence for a conviction of contributing to the delinquency of a minor. A judge granted him work release so he can serve in the General Assembly and continue to practice law.

Where can he go?

His law office on Nine Mile Road and the General Assembly. And if he has any political events, he can attend as long as they’re submitted to and approved by the sheriff. During Wade’s news conference, Morrissey called Wade’s cell phone to inform him that he planned to leave his office.

Why was he allowed to go to church?

Because he’s a politician and it was a political appearance, Wade says: “I think being a politician, if you know Joe you know his biggest base is in African-American churches in his district,” Wade says. “Part of his job as a politician is to go out and meet constituents.”

When is he in jail?

He must report back at 7:30 p.m. and is allowed to leave again at 7:30 a.m. He’s being housed in a special work-release dorm at Henrico County Jail East in New Kent County.

Is he eating jail food?

Most work-release inmates eat their meals outside of the jail. Morrissey is allowed to stop at restaurants as long as they aren’t too far out of his way. After he attended a church service Sunday morning he went to a barbecue restaurant, but it was closed.

Does he get to go home for Christmas?

Yes. All work-release inmates at the Henrico Jail get 10 hours with their families on Christmas day.

Where’s he been in the past four hours?

Here’s a picture showing his movements Tuesday morning, as tracked by the sheriff department and the ankle bracelet it's requiring Morrissey to wear. 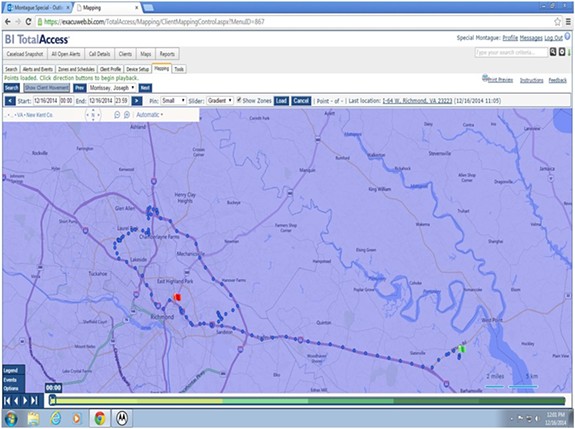 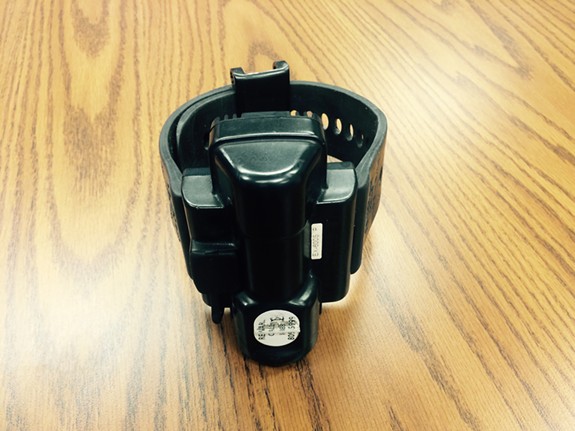 Is he required to wear a jail jumpsuit?

No, he must report to jail at night in the clothes he plans to sleep in. Wade says he recommends sweat pants.

If he’s changing clothes in his office, who washes them?

That’s up to him. Wade figures someone’s probably doing it for him. He says he gave Morrissey permission Tuesday morning to go to his house to pick up more clothing.

Morrissey can generally do what he wants while he’s at one of his offices -- as Wade says, the jail has no way to stop him from wasting all his time on Facebook if he wants.

Morrissey also spoke to Style on Tuesday in a short phone call:

How is he handling the jail sentence?

“It’s just another life experience,” Morrissey says. “You go on, you move forward. I don’t want to sound cheeky or smart-alecky, but it doesn’t change my life. I’m a pretty focused individual. Things will go on and I will have my day.”

When will he decide whether to resign your seat in the House of Delegates?