City Council advances a plan to spur development in Shockoe Bottom - with or without a stadium. 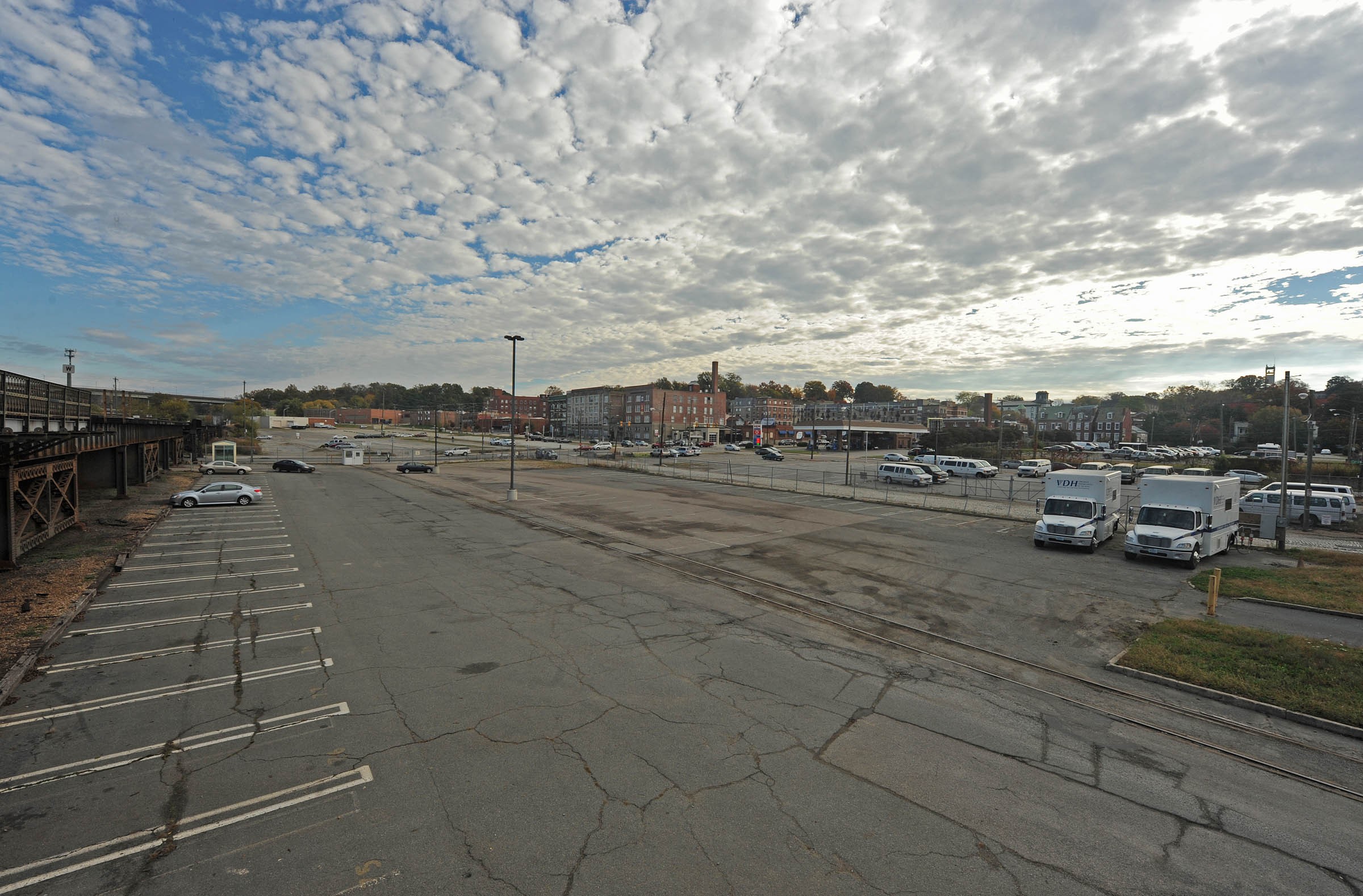 Following a long debate over how to proceed with development in Shockoe Bottom, City Council overwhelmingly approved a resolution Monday to begin negotiations to purchase a handful of vacant and unused parcels in the neighborhood.

The parcels fall in the footprint of Mayor Dwight Jones’ stadium proposal, and their purchase by the city independent of the stadium plan would be the first step toward proceeding with development there independent of a ballpark.

First District Councilman Jon Baliles, who authored the proposal, said consolidating the properties under city ownership will make it easier to spur some kind of development on the long-dormant land.

The ordinance directs the city's Economic Development Authority to conduct the negotiations. Baliles stressed that negotiating a purchase price wouldn’t commit the city to go through with a purchase. “All this does is give us an option,” he said. “This is just an option to tell us what might be a better way to go.”

Cynthia Newbille is the only council member who voted against the proposal. She, Michelle Mosby and Ellen Robertson all said they had concerns about moving forward with that element of the project without simultaneously making plans for the proposed slavery heritage site on land the city already owns.

The council members also questioned the propriety of purchasing land without having a developer lined up to proceed with a project.

Samuels and Baliles replied that the city has proceeded with costly site preparation on the Boulevard without having a project lined up there. Regarding the slave heritage site, the council members said nothing in the current legislation would prevent them for also going forward with that plan. They indicated they would support such an effort.

“I’ll be long dead before the prefect plan comes along to develop Shockoe Bottom,” Baliles said. “Last year we were presented with a plan with very little community input and feedback. … A lot of people prefer a different approach and this is step one.”

Council also approved a resolution expressing support for a 2011 economic development plan for Shockoe Bottom. It came out of a series of public planning meetings and lays out options for developing the area. It does not mention the construction of a stadium.

The resolution passed with unanimous support, but not before several council members clarified that their support wouldn’t rule out their future support for a stadium.

Robertson called it a great concept, but said “we recognize it is not a comprehensive economic development strategy for Shockoe Bottom.”