Captain Buzzy’s Might Not Be for Sale After All

Owner says no deal has been reached with Church Hill Activities and Tutoring. 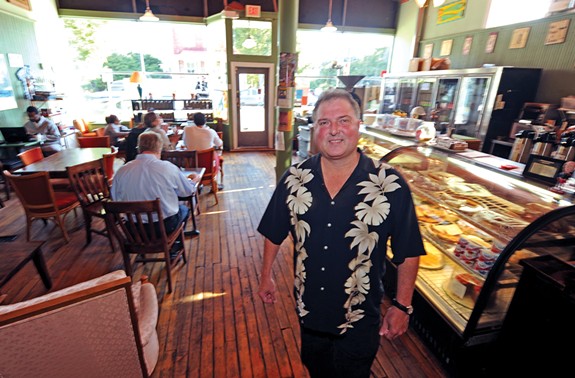 Yesterday’s news of the sale of Captain Buzzy’s Beanery to a local nonprofit might have been a bit premature.

While there have been discussions about selling the business to Church Hill Activities and Tutoring, final agreement hasn’t been reached and the sale must be approved by the shop’s landlord, says a lawyer speaking for the owner of the Church Hill coffee shop.

“He has mixed emotions about selling it,” says Bob Buffington’s lawyer, Hayden Fisher. “There have been discussions about it. There have been talks about terms, but the landlord’s consent is needed and she prefers that Buzzy’s remain Buzzy’s.

A spokesman for Buffington’s landlord, the Edison Company, says no one’s contacted him about a sale. “I would say this announcement was very premature,” said a man reached at a number for the company, who declined to identify himself by name because he “doesn’t want to be the bad guy.”

“Unfortunately, we’ve already got plans in the event that Bob decides to close Captain Buzzy’s,” he said. “This is an agreement we’ve had for a while.”

Still, the spokesman didn’t totally rule out that the company might lease the space to CHAT.

The Robins Foundation announced yesterday that it was awarding a $500,000 grant to organziation buy the business and use it as “a community and entrepreneurial hub.”

“We’re still in the incredibly early sages of the project,” says a CHAT spokeswoman, Caitlin Barnes, but that Buffington had “written us letters of support and spoken on behalf of the project.”

Should the sale go through, she says CHAT plans to continue operating Buzzy’s as a coffee shop. But she says the organization also has “definitely spoken about what retail business options there are in the community” in the event the Buzzy’s sale doesn’t go through.

The sale of Buzzy’s has drawn more attention than it might otherwise get because the shop has been at the center of a long-running neighborhood spat that generated a campaign-style attack ad, a lawsuit and a criminal case. The latter came after a neighbor threw a flower pot at the owner.