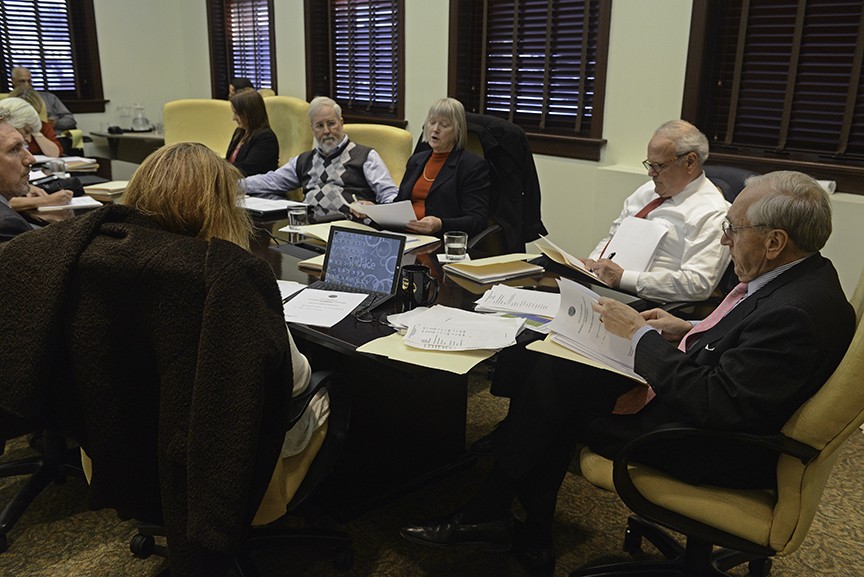 After their regularly scheduled board meeting, members declined to answer questions about why the winning bidder for a public contract to build Stone Brewing Co.’s new brewery filed work permits for the project two weeks before the contract was awarded.

The revelation, first reported by the Richmond Times-Dispatch, raises questions about the fairness of the procurement process used by the EDA, which is charged with disbursing $18 million in public funds in connection with the Stone project.

While members filed out of the room at the conclusion of their meeting, the chairman, Julious P. Smith, referred questions to board member Richard Johnson.

Smith is chairman emeritus of Williams Mullen. Johnson handles special projects for the board and is chief executive of The Wilton Companies, a local development firm.

When Smith deferred questions to Johnson, the two were about 10 feet from each other in the conference room on the third floor of Main Street Station, where the board meets.

Johnson concluded his conversation. As he made his way out of the room, reporters from Style Weekly and the Times-Dispatch, who were waiting to speak with him, asked him about the early permit applications.

Johnson hadn’t returned phone calls seeking comment on the issue. When asked in person Thursday, he said the board had a policy of allowing only the chair, Smith, to speak to media. When reporters told Smith that Johnson had referred questions to him, he left the room and made a phone call.

Johnson returned and said he tried to call Smith but got no answer. A reporter offered to play Johnson an audio recording of Smith saying to ask Johnson about the issue. Johnson declined to listen.

“I may be picking a nit,” Johnson said. “We have a policy about this -- refer questions to the chairman.”

As Johnson left Main Street Station, Smith was still in the adjacent parking lot talking to a board member outside his car. When told about the interaction with Johnson, Smith reiterated that Johnson was free to disuss the issue.

“He can talk to anybody he wants to,” Smith said.

Johnson, at that point, had departed for a different parking lot.

Earlier in the meeting, Johnson expressed dismay about news coverage of the Stone deal, which he said had a “negative slant.”