The craft beer industry not only spawns breweries, but related businesses as well. 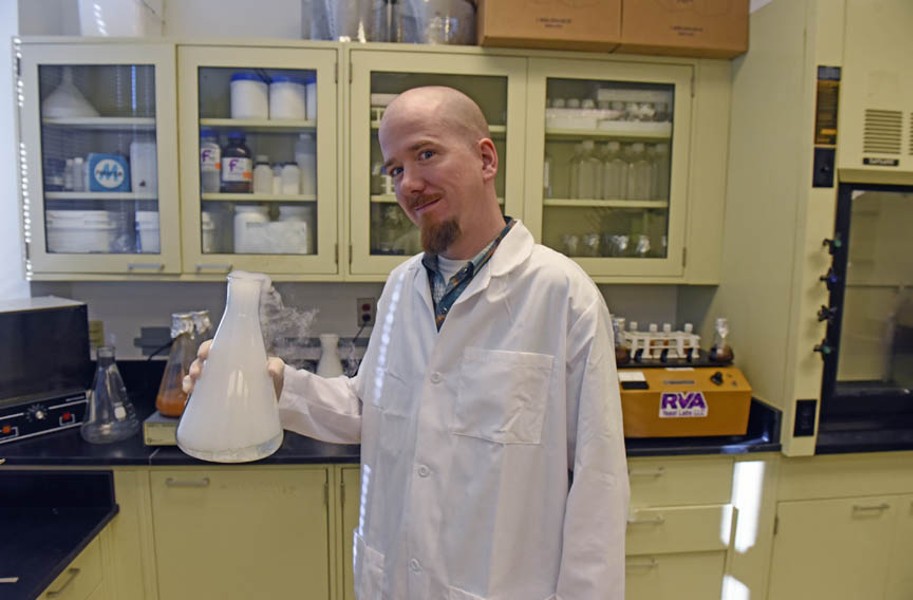 Some people look at the 5,300 breweries and brewpubs in the United States and see a crowded industry. Others, like Andrew Coplon, see opportunity. Earlier this year, the businessman and his wife, Stacie, started Secret Hopper, a Norfolk-based company that provides discreet, professional feedback to craft breweries through the use of "mystery shoppers."

He is among a growing list of entrepreneurs who, while not directly involved with brewing, are banking on the rising popularity of craft beer.

Coplon sends in vetted, detail-oriented secret shoppers to drink beer and interact with staff at breweries. Owners pay for the service, and what they get in return is credible, specific feedback. Unlike popular review sites online, the secret shoppers can offer perspectives from a certain demographic — women in their 30s, for instance — and pay attention to particular details brewers want assessed, such as lighting or staff friendliness.

Coplon has hit on a service that appears to be in demand — four months after launching, the business is working with six breweries in Virginia and 50 more nationally. "In food service, there is more than just the meal," he says. "There is the total experience. When we were thinking of how we could become part of the craft beer industry, that was it. We started with our love of craft beer and decided we could help make the brewery experience better."

Businesses such as Secret Hopper find a niche in area where an industry is so concentrated it requires ancillary professional services. Economists refer to this as "clustering," the phenomenon where numerous other businesses exist to serve and support a core manufacturer.

For example, San Diego has about 150 breweries, which creates a cluster so big that Candace L. Moon was able to start the Craft Beer Attorney, a law firm that works exclusively in the industry. Two years after starting her own practice, she realized craft beer offered full-time work. Four years in, she hired other lawyers to help. In August, Moon's firm became part of an even larger practice.

The product loses its freshness when shipped and most suppliers are in the Midwest and West. Also, RVA Yeast Labs helps the nearly two dozen Richmond breweries keep their beers local by offering strains of yeast found growing wild throughout the region.

The clustering effect also gives existing businesses a new revenue stream. In 2003, Dave Libengood, a former special agent with the Virginia Department of Alcoholic Beverage Control, founded Industry Consulting to help businesses navigate the byzantine labyrinth of ABC laws. Originally, the bulk of his clients were restaurants and hotels, but in the past few years he has taken on 10 Virginia craft breweries.

This ancillary craft beverage business has the potential to be a major economic driver, according to Jill Davidson, president of the San Diego Brewers Guild, which represents some 110 of the city's 150 breweries. When you take into account all brewery-related businesses, such as tourism, marketing and apparel, the industry in San Diego accounts for more than 4,500 jobs, she says.

Coplon is optimistic that a similar story will play out here. The 15-year food service veteran sees the signs that businesses locally could grow exponentially in the coming years. It just takes people with a vision to see what is possible.

"There is a huge demand for these other services, whether it's production equipment, label design [or] brewery tours," he says. "With 5,300 breweries, you have to do more than make good beer."