Richmond's Craft Beer Industry is Overwhelmingly White. How Can That Be Changed?

If only the sea of faces at a brewery were as colorful as the beer pouring from the taps.

A rich imperial stout might be served alongside a pale ale, but only a few black and brown faces mingle in a predominantly white crowd, even in racially diverse Richmond.

Nationwide, the stereotypical craft beer drinker is a white male in his 30s — beard optional — according to demographic data reported by the Brewers Association trade organization in August.

That’s not bad compared with national numbers, considering that blacks make up 12 percent of the population. But it’s a poor showing for metropolitan Richmond, whose population is about 50 percent black.

There’s no hard data on the demographics of Richmond beer drinkers, but anecdotally, observations at breweries and beer-centric restaurants reveal a heavy white skew.

The racial reasons are as complex as the chemistry of brewing, infused with centuries of oppression and conflict, sometimes overt but often subtle and unintentional. The problem is more complex than who’s drinking what beer and where.

As a white woman, I’m no more qualified to pontificate on black America than a man can empathize with pregnancy, but I crave a colorblind America, so I’ll give it a stab. 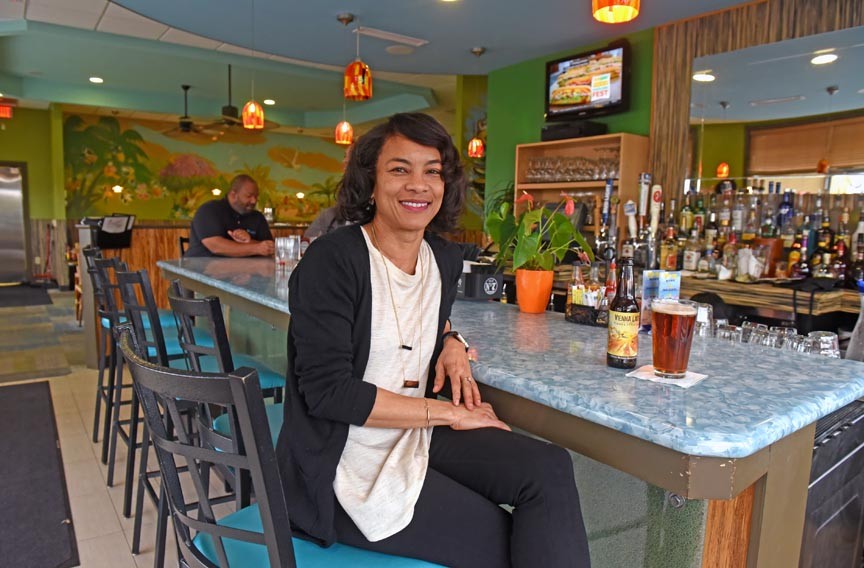 Location, location, location. Mostly for reasons of rent and industrial zoning, craft breweries often situate themselves where customers must seek them out, beyond neighborhoods that otherwise might attract minority customers.

“We have a very diverse crowd, including color, age and gender,” James Hartle of Bucket Trade says, citing nearby Virginia State University and the military as key drivers.

Amanda Marable, marketing manager at Loveland Distributing, says she’s noticed that demographic lines at restaurants have blurred in the past decade. “You find pockets of beer lovers all over now,” she says, “in every neighborhood.”

Two examples are Mama J’s and Carena’s Jamaican Grill, both of which offer a handful of craft beers.

The owner of the grill, Carena Ives, likens craft beer to NASCAR. “It’s not like we can’t go to a NASCAR event, but not many people of color do,” she says. “If it’s embraced by one segment of the population that we don’t have anything in common with, then it’s just assumed that it’s not for us.”

When it comes to the beers on tap at her restaurant, she says: “I don’t even call Legend a craft beer. I say it’s a local beer. … Putting ‘craft’ in front of it makes it this other thing.”

In many ways, the status quo reflects a chicken-and-egg conundrum. A neighborhood’s average income, its restaurants’ menu prices and community popularity of products influence beverage offerings.

And from a business standpoint, location carries risk. Breweries tend to open closer to an established fan base rather than pioneering in areas where success is less assured.

Bobby Faithful, who works as front-of-house manager at the Answer Brewpub, recently helped launch a brewing certificate program at the University of Richmond.

Faithful initially became interested in craft beer as a consumer, he says, before taking a job with a well-known Delaware brewery, Dogfish Head.

The company promoted “off-centered ales for off-centered people,” he says, “so I felt like I fit in even though I was the only black guy.”

He finds the Answer to be a comfortable workplace, he says, with an Asian owner and female and minority management.

Someone who’s observed the issue up close is Sterling Stokes, known across social media and the blogging world as RVA Beermeister — a regular in the beer community.

“For the most part,” he says, “I think our local community is very accepting of diverse backgrounds.” He notes Hardywood’s Heart and Soul Brew Fest as an example: “It was very uplifting to see more African-Americans like myself at a beer event. … Honestly, it was something I didn’t know was missing from my life.” 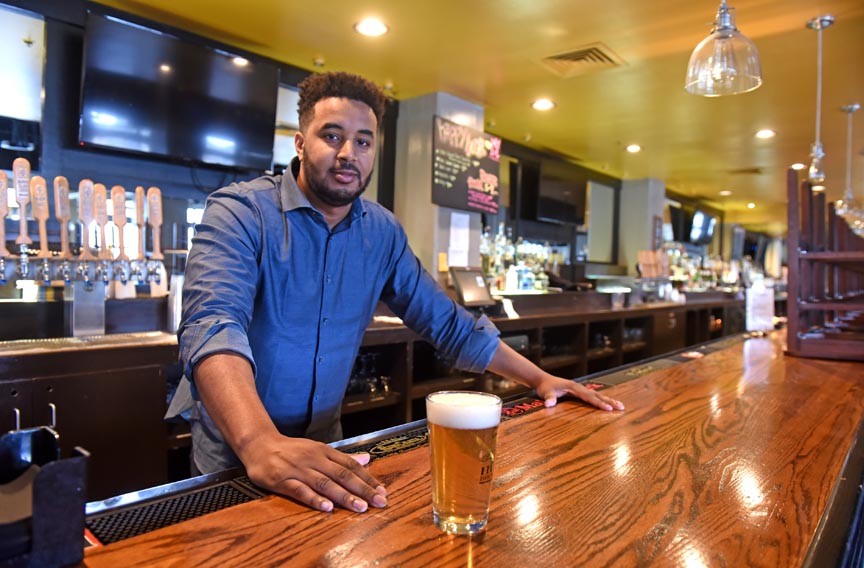 Michael Abdelmagid, owner of 7 Hills, has another theory: Craft beer simply is a relatively new concept to the black community.

“It isn’t necessarily part of broad African-American culture right now,” he says. “Not even all of white America or Asian-Americans like craft beer.”

There also are fewer women than men, Abdelmagid says: “It’s not like there isn’t inclusion. … It just takes time to catch on.”

Integrating the craft beer community can be small part of a solution to today’s broader problems. As a safe place where the focus is on fun and relaxation, breweries and beer-centric bars can begin to break down barriers.

“The community is completely inclusive in some ways,” says Jacob Brunow of Brown Distributing. And as someone from a diverse family, he says he’s attuned to racial tensions. “We need to diversify badly, but how do you bridge that gap?”

To that end, Brown has been the host of wing, bacon and barbecue festivals that attracted a wide range of people who want to drink craft beer. Exposure is the answer, he says: “Get beers in people’s hands.”

Abdelmagid agrees with that approach. “Market it to different people in different ways, pair it with foods and events,” he says. “They’ll enjoy the beer and get exposed to it.”

At 7 Hills, he holds a variety of events that bring in people who wouldn’t have come only for the beer brewed on-site.

And white America may just need to step outside of its comfort zone too. It’s time to visit restaurants, businesses and organizations that aren’t on regular rotation. In my dream world, as more of us embrace the diversity of beer styles, our appreciation for the diversity of people will increase as well. S