Winter seasonals offer beer-lovers an adjunct to hibernation. Cravings shift to richer, deeper beers, to strong ales suitable for sipping such as imperial stouts, flavored porters, barley wines and bocks, some barrel-aged and others with tastes of the holiday. The Richmond area’s newest breweries have your winter cravings covered.

The smooth, rich, creamy malt notes of this imperial chocolate stout can make you feel as if you’re floating gracefully across the stage like the Nutcracker prince, while the daring, dark, smoky flavor conjures visions of the Mouse King. Because Ammo doesn’t yet distribute, you’ll need to visit its Old Town Petersburg taproom for the full experience.

A hint of roast from brown malts, the sweet, earthy tasty of Vermont maple syrup and a hint of cinnamon — this rich, imperial ale is reminiscent of wandering through a quiet forest on an early winter afternoon. Castleburg has taken the recipe from its award-winning Bishop’s Brown Ale and added malt and seasonal flavorings. The brewery isn’t distributing yet, so you’ll need to enjoy Dark Ages in the tasting room or at home by the fireplace with a growler by your side.

Making this seasonal release even more special, the coffee that tantalizes your tongue as you sip this smooth milk stout comes from local coffee company Lamplighter Roasting Co. The touch of bitterness from the coffee — apparent but not overwhelming — and the creamy sweetness of the milk sugars make bittersweet a pleasure. Big in taste, deceptively low in alcohol. 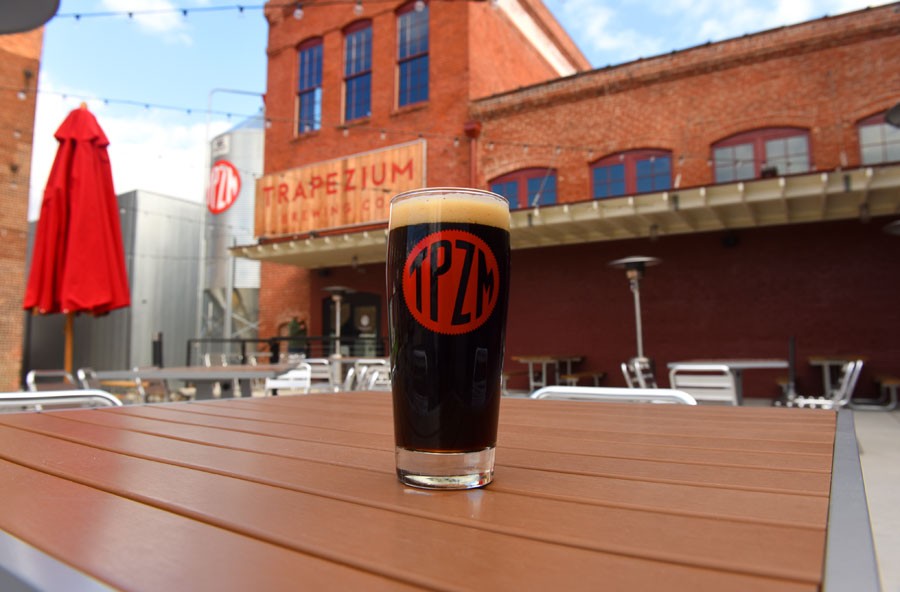 Richer than the average porter, Trapezium’s dark seasonal beer leaves the taste of honey grahams on the back of the palate, like a chocolate-covered cookie. Pair it with a brick-oven pizza from the Trapezium kitchen or look for it at other Petersburg restaurants for a trip beyond the familiar.

Inspired by the crotchety German Christmas folklore figure — see YouTube for Dwight’s memorable portrayal in “The Office” — Kindred Spirit’s wheat bock offers a full-bodied mouth feel with spicy, clovelike notes and a rich, satisfying malty finish. Per German guidelines, this amber beer is made with 50 percent wheat and with ale yeast.

The ubiquitous sweet potato casserole isn’t always a welcome guest at family holidays. Such is the tale behind the Dawson, named for founder Brad Cooper’s grandmother, who tried in vain to appeal to her grandchildren with a variety of holiday dishes with the bright orange root vegetable as star. Finally, Cooper says, he found a worthy sweet potato recipe — in a beer. Brewed with an amber ale base, it presents a caramel nose and finish, with a touch of earthiness from sweet potatoes, squash, sorghum syrup and toasted pumpkin seeds — yet without the spices that can sometimes overpower seasonal gourd-based beers.