The Other Brew: Root Beer Sheds Its Soda-Pop Image in Richmond 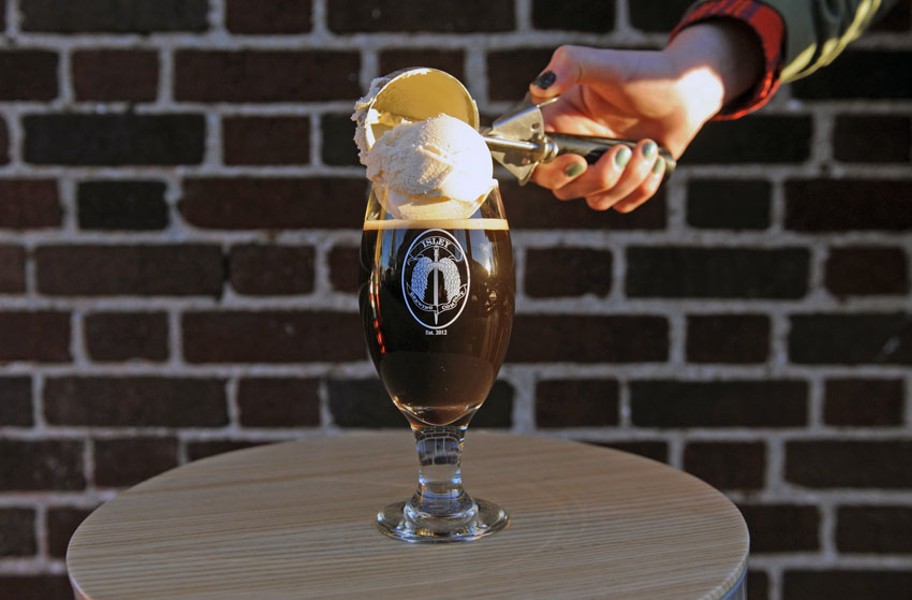 There was a brief rumble and then the family could hear a series of explosions coming from the hallway.

While each member rushed from the different parts of the house to the source of the sound, a brown liquid could be seen seeping out of the closet under the stairs. And when the parents opened the door, they saw sopping coats, scarves and hats.

The case of homemade root beer my friend secretly bottled and stashed in the back of the closet had exploded.

Root beer, the stuff of ice-cream floats and birthday parties, is a specifically American beverage. Although drinks made from roots and berries have been made since, well, the beginning of time, root beer is thought to be a colonial-era creation.

Ingredients to make regular beer weren’t always on hand, so canny settlers came up with their own versions using what they had — things such as ginger beer, birch beer, sarsaparilla and sassafras beer.

These were typically small beers — beer with a low-alcohol content that was often served, surprisingly, to children because the water at the time was unreliable. But low alcohol is a subjective term. Small beer ranged anywhere from 2 percent alcohol to as much as 9 or 10 percent.

Pharmacist Charles Hires invented — or perhaps marketed is the better term — the first commercially prepared root beer. It began as a tea, which evolved into a nonspecific, cure-all syrup.

“To drink Hires is to absorb Nature and reproduce it into glowing cheeks, clear lively eyes and lively step,” the original advertising materials claimed. Soon he added carbonation and the transformed product became Hires Root Beer. It debuted it at the 1876 Philadelphia Centennial exhibition and was a hit.

Traditionally, root beer’s main flavoring agent was sassafras root, but in 1960, the Food and Drug Administration banned the root because studies showed that its oil caused cancer. Today, extract avoids that nasty little problem, although the main ingredient in most root beer is wintergreen, which is said to have a similar flavor profile.

You can make root beer at home, but to create a drink with more than a small amount of alcohol, you’ll risk the kind of explosion my friend had to explain to her family.

One successful version has made waves from Wauconda, Illinois. Small Town Brewery made Not Your Father’s Root Beer its first national roll out in the spring. It’s been a conversation piece around town, with the brewery citing recent measures that show it “becoming the No. 1 craft SKU in the United States.”

And now Richmond has its own version. After seven months of tinkering with its recipe, Isley Brewing Co. released Drunken Uncle Hard Root Beer on Friday, Nov. 28, with an alcohol content of 6 percent. It’s actually a sassafras-spiced porter with a hint of vanilla, general manager Patrick Bisha says.

“There are some other [hard root beers] out on the market, but those are distilled beverages,” he says. “Ours is truly brewed.”

And with seven barrels on hand, Drunken Uncle will be easy for root-beer lovers to find and try at the brewery and bars around town. Ice cream is optional.