Brews in the Breeze

Six summer beers from Virginia to help you fight the heat.

Blasé brew be damned. If you’re looking for an all-day-long drinker for the river or beach, Virginia breweries have you covered. Here’s a selection of concoctions that are low on alcohol and big on flavor. 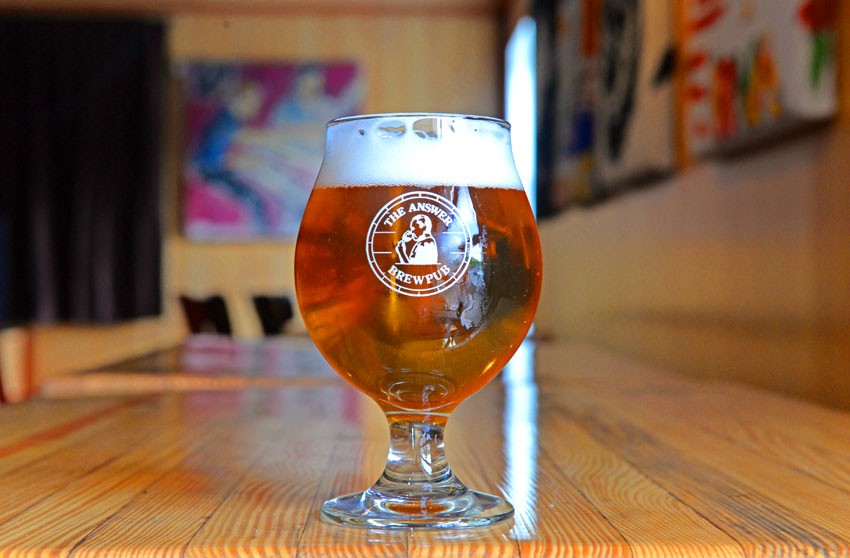 There’s nothing trivial about one of the first beers to come out of the Answer’s on-site brew house. To be a session IPA, Petty Larceny boasts a bold Mosaic hop profile that’s bright and fresh as an early summer beach morning. Citrus and pine notes make for intoxicating sips and an ultra-clean finish. Did we mention that this beer won’t knock you on your butt? Surprising given the taste, but true. Word on the street is that head brewer Brandon Tolbert is working on a hop-forward blond ale that should be released this summer too. Given that guy’s track record, we’re going to go ahead and say it would be criminal to miss that one, too.

Ever wonder what a summer day tastes like? This light, crisp, Belgian-style pale ale tantalizes the senses with a burst of citrus aroma and a refreshing smidge of bitterness thanks to a hearty blend of Falconer’s Flight, Cascade, and Simcoe hops. The finish is what you might expect of libations crafted with Belgian yeast strains — dry and mildly spicy with subtle black pepper notes. We aren’t the only ones who think it’s simply awesome. It snagged a bronze at the U.S. Open Beer Championship in 2014. Soulshine is available in six-packs and as part of the summer tour box set that also features some killer Starr Hill brethren like Reviver Red IPA, Grateful Pale Ale and the Love.

As part of the Brewer and Artist series, Hardywood brewer Kevin Storm and self-taught artist Mike Baker collaborated on everything from the beer concept to the label. The result? A vibrant, mildly hopped IPA named after Baker’s daughter that’s as beautiful and badass as the tattoo flash bottle design might suggest. It doesn’t roll hard though, folks, and that’s a good thing. You can throw this easy drinker back for hours and still be a suitable, upright host at your cookout.

This rad as hell Radler packs a powerful pucker punch that’ll sock your senses. Brewed in honor of the 2015 UCI Road World Championships happening in the River City this fall, the style takes its name from the German word for cyclist Radfahrer and dates back to Munich circa 1920. Bavarian Franz Xaver Kugler came up short when hosting 13,000 thirsty pedal-pushers at his beer garden and whipped up a creative concoction that paired lager with sparkling lemonade to make things stretch and keep the crowd happy. A known quencher, this is perfect for those not into your run-of-the-mill beer styles. If you dig the lemon, be sure to check out the others in the series, Apfelsine Orange and Pampelmuse Grapefruit.

Kick off your flip-flops and slip your feet into the James. You might look at a pint of this clear, golden brew and suspect an ordinary experience. Nothing could be further from the truth. Named after a stretch of the James River that connects Pony Pasture and William’s Island, Z Dam Ale is a subtle, citrusy delight with a creamy mouth feel and surprisingly malty backbone. Orange and lime zest are added to the boil alongside fresh ginger for a complex, but easy-to-drink brew. A portion of sales from the seasonal offering go toward the James River Outdoor Coalition. Pairs well with one of the best views of the city skyline on the Legend patio.

Ginger lovers will rejoice when this brew hits their noses and palates. One whiff of its crisp, clean aroma will energize you during even the stickiest dog days of summer. Balanced with sweet, earthy honey and a hint of citrus, one hazy golden glass of the wheat-based beer goes down way too smoothly. Good thing it’s only 4.5 percent alcohol. The Manassas-based makers are passionate about local ingredients. Ninety-two percent of what’s in your hand is made right down the road. An homage to the great expedition of Lewis and Clark, this brew in a can makes it an easy traveler. Perfect for high seas or dusty trails.