Sour beers are on the rise in Richmond.

You may have noticed that there’s always a trend or hot-ticket beer in the craft brew scene. One month, it’s adding hot sauce to the brewing process. The next, it’s crafting a beer in such limited batches that people are selling it on the black market.

It’s fun to see what the breweries have in store next, but there’s one style gaining lots of new fans: sours.

Sour beers get their tartness from certain bacteria, yeast strains and aging techniques, most commonly by barrel-aging for years at a time. If you’re a newbie, you might want to start with Lindemans Framboise, a raspberry lambic that’s sweet as well as sour. It’s very sippable on its own, but is even easier to drink when mixed with a wheat beer.

New Belgium’s La Folie, a sour brown ale, might be an alternative gateway to sour love. Rich and malty like your typical brown ale, the additional oak barrel aging is where the acidic and fruity sourness emerge.

A few of the leading American-made sours are by California-based brewer Russian River, but they’re difficult to come by on the East Coast. Russian River is still a privately owned brewery. It uses only a handful of distributors, and the demand exceeds supply.

With monikers such as Supplication, Temptation and Consecration, these sours have lived up to their names and have become top-rated on beer fan sites. If you’re curious but don’t plan to visit the Philadelphia distribution area or don’t have a source on the West Coast, here’s a home brew recipe to try (see sidebar).

Get ’em while they’re hot, beer lovers. Discover (or further explore) the complex world of sours, and unearth those acidic brews that perfectly pucker your palate. 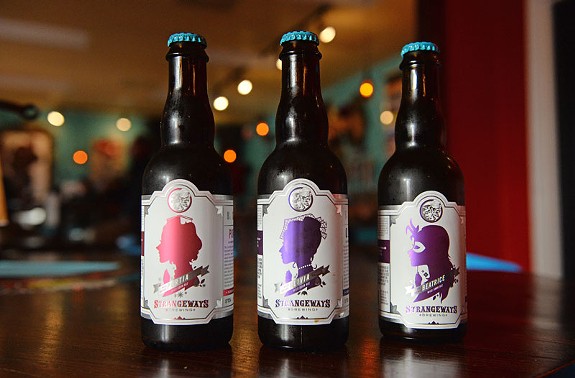 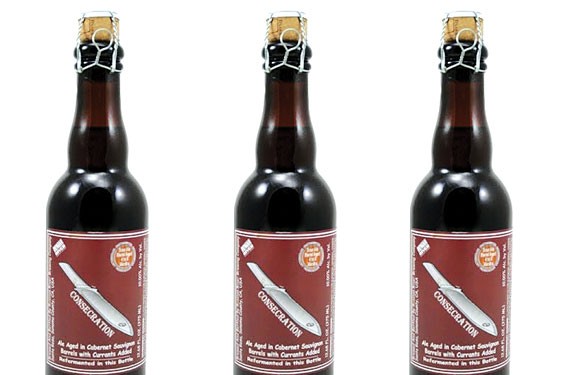 Notes: At secondary fermentation when you add in the Wyeast Roselare Belgian Blend, you will also want to add 2 pounds of fresh or dried currants. Do your best not to let your temperature go above 65 degrees. Taste the beer at about 3 months to gauge the sourness. If it’s just about right, then soak 4 ounces of either oak cubes or oak chips in Cabernet Sauvignon (Vinnie Cilurzo from Russian River recommends using a Kenwood Cabernet Sauvignon because it’s widely available and of good quality), place those in the fermenter and let the beer finish up to a month or two. As a last step, prior to bottling, add some Rockpile RP-15 dry wine yeast to allow the beer to bottle condition.