New and Worth Trying

The experts weigh in on some noteworthy local beers.

Breweries like to experiment, and new offerings can be found on shelves and taps almost before you had a chance to sample the ones that preceded them. To narrow the field a little, we asked a few local beer experts what they’re drinking right now.

I’m a big fan of IPAs, and Triple Crossing’s Nectar and Knife (pictured) is a delicious double IPA. Ardent is also brewing some great beers. I’m a big fan of their saison, and when it’s available, their honey ginger is delightful. The small breweries swap out stuff all the time, so you have to be flexible.

The trio of Strangeways Wyld Sisters [Beatrice, Olivia and Portia], and its Oscillate Wildly, have been a great foray into wild ales for the local beer scene. I’m really looking forward to more. With stouts being popular this time of year, I’ve really enjoyed the rye stout from Ardent Craft Ales (pictured) and the Black Bear series from Lickinghole Creek.

I really love vanilla and I've wanted to try Lickinghole Creek's Vanilla Black Bear (pictured). Let’s go with what I wish I were drinking right now — I’m actually in the middle of packing up my house just south of the city. Three Brothers Smooth Sailor: I love this Harrisonburg brewery. Their taproom has one of the most relaxed atmospheres of any I’ve visited. Smooth Sailor is a vanilla porter aged in bourbon barrels that once had Resolute in them. The first vanilla porter I had was from Breckenridge Brewery in Colorado. If you haven’t tried [one], you should go search for it on shelves around town. 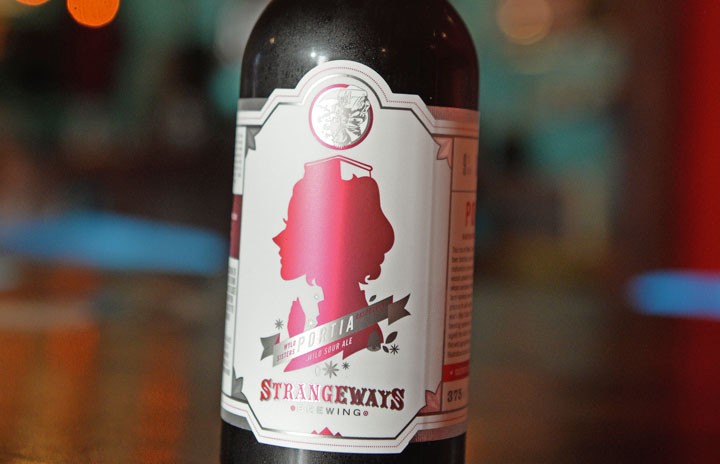 I would have to say the following: Choosy Mother by Isley Brewing, Orange is the New Stout by Center of the Universe and O’Connor Brewing Co. out of Norfolk, Midnight Brewery’s Rockville Red, That’s My Jam by Strangeways — actually, I’m very partial to all their sours — and Triple Crossing’s Sweet Stout. The story: The beer was a mistake that probably won’t be produced again.

Lickinghole Creek’s Rosemary Saison is the best beer, in my humble opinion, to come out of the area. Simply stunning.