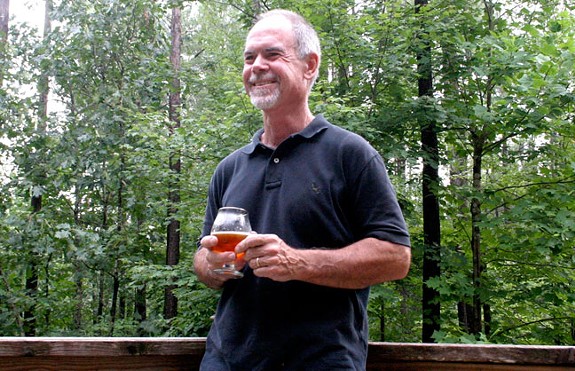 Although the explosion of microbreweries across town seems like a recent phenomenon, Richmond has always had a strong brewing tradition. After the Civil War, the city directory listed 16 different businesses brewing or bottling beer.

In 1868, D.G Yuengling Jr., the oldest son of the owner of Pennsylvania’s D.G. Yuengling and Son — now owned and operated by the family’s fifth generation — built a five-story brewery, the James River Steam Brewery, at Rocketts Landing. Unfortunately, its success was short-lived, and it closed in 1878. But while the German community in Richmond swelled, so did the business of beer.
Author Lee Graves, former beer columnist at The Richmond Times-Dispatch, explores the ins and outs of this city’s love of beer in his book, “Richmond Beer: A History of Brewing in the River City.” In a modified excerpt he shares with RVA Growler, Graves details just how heated the competition could get at the end of the 19th century. — Brandon Fox 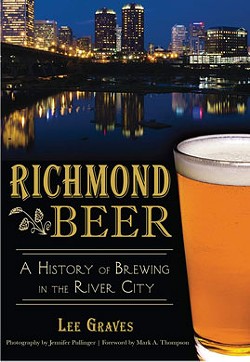 As if things weren’t tangled enough between these two, an incident at the 1892 State Exposition, the equivalent of today’s State Fair of Virginia, put some thorns in the thicket. Judges awarded “premiums,” aka ribbons, for everything from cattle to cantaloupe — and for lager beer. Rosenegk’s Richmond Brewery initially won the top prize. What ensued is best described in a colorful Richmond Dispatch account that ran on Oct. 16, 1892, under the heading “Wrangle About a Premium.”

“Protest against this decision was made by the Peter Stumpf Brewing Co., and a new committee of five was appointed to ‘sit on’ the question. The samples from the two breweries were served so that the judges could not tell which was which. Several ‘big, large schooners’ of the foaming beverage were duly disposed of, and the beer was all so good that the judges could not for the life of them decide which was better. Two favored the Richmond Brewery and two Peter Stumpf. The odd man disposed of a schooner or two, and finally it was deemed best to draw straws … and Peter Stumpf was an easy winner. The premium was accordingly demanded from the Richmond Brewery, and Mr. Rosenegk declared that nothing less than brute force could take away the pretty blue ribbon.

“The coveted premium was finally obtained from Mr. Rosenegk, and was soon gracing the stand of Peter Stumpf. … Mr. Rosenegk at once sued out an injunction against the society, and the Chancery Court took possession of the beautiful ribbon.”

I can’t read this without picturing those judges with their “big, large schooners” getting sloshed, saying “Just one more” as they tried to decide. (Apparently they didn’t draw straws; the newspaper ran a letter the next day correcting the account, saying the premium was decided by ballot.) 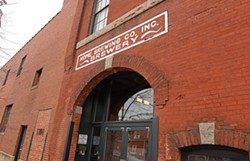 The case went to court in February 1893, and, needing neither schooners nor straws, the judge decided in favor of Richmond Brewery. Rosenegk and [head brewer Emil] Kersten celebrated the decree with a parade that included “a large float with an immense cask, upon which was seated Gambrinus, the symbolic protector and promoter of the brewing industry.”

A little thumbing of the nose? There are other indications of competitive rivalry. An 1899 Rosenegk Brewing Co. ad with a sketch of a bottle asks patrons to make sure the proper label and trademark are on each bottle of its beer “as we understand our package is being very closely imitated.” Just inches to the left, a Home Brewing Co. ad also has a sketch of its bottle, identical in size and shape.

Rosenegk’s Richmond Brewery, which closed after Virginia adopted prohibition laws in 1916, was located on Hermitage Road in the building that now houses Todd Lofts — faint lettering still marks the site. The Stumpf brewery, which later became Home Brewing Co., revived after Prohibition and brewed at the corner of Harrison and Clay streets until going out of business in 1969. The building there still bears the brewery’s name.